I recently finished H.L. Burke’s Ashen. Here’s what I think of it. 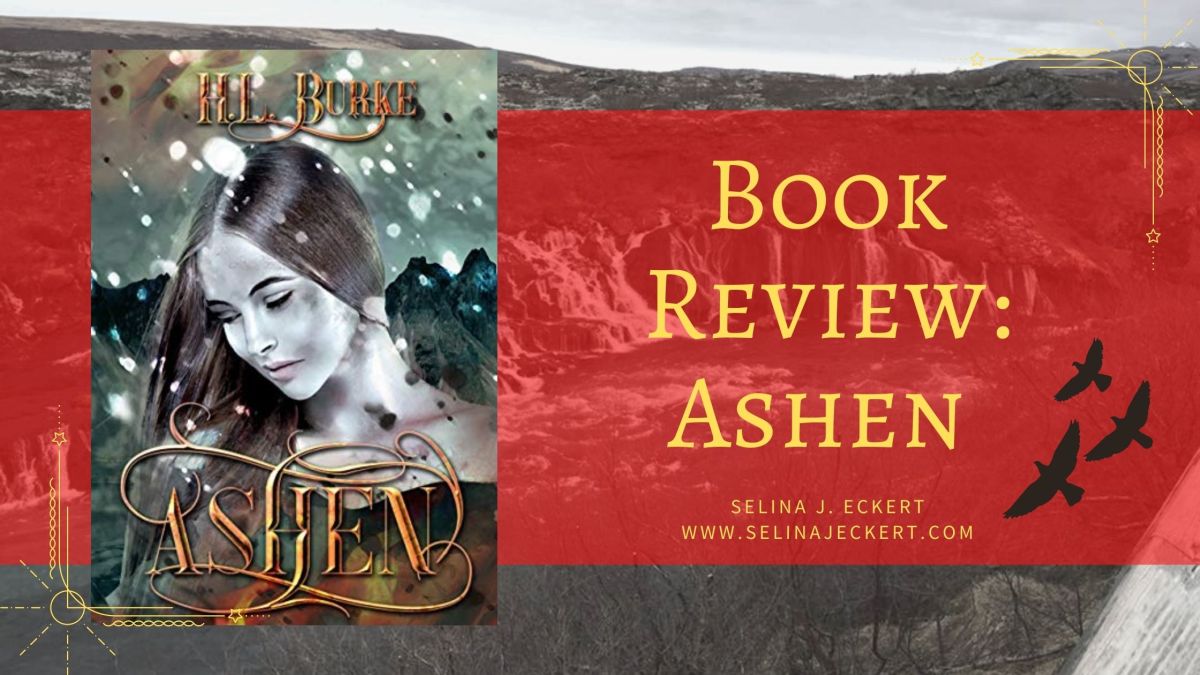 So if you’ve been around for at least a month, you may already know I have a slight obsession with Iceland. I discussed it a bit back when I helped with the release tour for H.L. Burke’s Ashen, but let me just give you a quick overview. 😉

Hubs and I went to Iceland for our honeymoon back in April of 2018. And I fell in love with it. The ecosystem is so different from anything I’ve ever been familiar with here in Pennsylvania (hello, volcanoes, glaciers, and lava fields!). The whole country is quiet and peaceful. Sheep outnumber the population of people. The country is filled with fascinating folklore, particularly tied to trolls and elves (who are said to live in the lava fields). There’s a fermented shark delicacy (I did not eat it, but hubs did… he says it was as horrible as they hyped it up to be).

And it is absolutely gorgeous. When they say it’s the land of waterfalls, they’re not kidding! In fact, if you take a look at the picture in today’s blog image (the one with Ashen’s book cover), you may see a waterfall. That’s a picture I took in Barnafoss and Hraunfossar (Hraunfossar is the one/many in the picture), and it was one of my favorite waterfalls. It travels from the Langjökull glacier over 25 years under the lava fields, where it is filtered by the lava rock before emptying into this river (or so our tour guide told us).

In the literature world, I’ve been looking for books to remind me of my trip ever since we returned. I recently read Sky in the Deep, which did a pretty good job, but it was very Vikings and less fantasy (I am ALL ABOUT that fantasy!). I’ve even been planning two separate books/series inspired by Iceland and its lore (you’ll find out eventually) and have been reading the folk tale books I bought there (that’s what I collect whenever I go somewhere out of my normal experiences).

So I was absolutely THRILLED when H.L. Burke announced the release of Ashen! It’s a fantasy set in a world inspired by Iceland! And while she did admit to taking a few liberties, I could not wait to get my hands on it!

Friends, I was not disappointed.

So let’s just dive right on in.

(As an Amazon Associate, I earn from qualifying purchases made through the purchase links on this page. However, I purchased this book and am sharing it out of my own love, not any personal gain!)

Ashen is a fun, exciting, heartrending standalone featuring Lizbete, a young woman who has never quite fit in with her hometown of Brumehome. Her peers call her Ash Lizard, as she likes to spend her time in Auntie’s kitchen where she can stay warm because she cannot produce her own heat and steals it from anyone she touches. Auntie seems to be the only person who truly loves her, other than the little, and wonderfully snarky, Elin, the sickly younger sister of her once-best-friend, Brynar – the town’s next mayor.

Yet everything changes with one great quake that rocks tiny Brumehome, and Liz suddenly finds herself in danger from the villagers. She runs away, learning some very, very dangerous things that are putting the entire town at risk – and a lot about who (and what) she is. Don’t worry, this is spoiler-free! But suffice it to say, the stakes build fast!

So now that you have a little background, let’s talk details.

First off, I absolutely LOVED Liz. Her condition of heat-stealing was so unique to me and so interesting that I was drawn right in to sympathizing with her and wanting to know as much as possible about what was going on.

I also bonded a little bit with her experience of her first pair of glasses. I remember well that feeling: putting on your first ever pair of glasses and having the world suddenly snap into focus. You really can’t stop looking at everything! It was delightful to see that in a story. (Side love: I LOVED the character that gave her the glasses, Widow Gri the Scholar. I would have loved to see more of her at the end, but alas, ’twas not to be.)

I also really enjoyed the way the plot came together. It was so easy to get lost in this world of cold and magic. Once I started, it was hard to put the book down. The pacing was fantastic, keeping me engaged throughout, and the revelations all came at the right places. It was awesome seeing Liz come into her own and stand up for herself, as well as seeing justice served by the end (I love a good, satisfying ending!).

And the feels! Very few books can bring me to tears, but this one? Burke seems very good at making her readers cry. Let me put it that way. But I truly felt everything the characters did, and boy was it an emotional roller coaster.

There were very few things that detracted from the experience. There were a few places where I found typos or similar issues, but overall I found them to be minor; it wasn’t enough to take away from enjoying the story.

My biggest complaint was that I had been promised Iceland, but this felt much more like a general Norse-inspired setting than Iceland to me. I kept waiting for trolls, and while there may be a version of trolls in this story, it wasn’t similar enough to the tales I’d heard and read to be clear. And there were steam vents in the story, but that didn’t really track with my personal experience there. There were no lava fields, though Brumehome seems to be next to an active volcano, but I think the steam vents were almost lava tubes. And I can live with that. But honestly, if I hadn’t been as invested in Iceland itself, I would never have noticed. So my biggest complaint will also probably not bother any other readers.

Short version: you need to read this book! Overall rating is 4.5 stars, and if you’re looking for unique magic, engaging story, and consuming worlds, this is the book you need.

If this piqued your interest, you can grab a copy of H.L. Burke’s Ashen here.

Also, if you are interested in other things Icelandic-feeling, you can get a copy of Sky in the Deep by Adrienne Young or a classic Icelandic sweater (these were too expensive during our honeymoon, but I am DEFINITELY getting one when we go back!). But definitely make sure to pick up Ashen.

Anyway, that’s all for now! I hope if you read this book you love it as much as I did, but until next time, have a wonderful Halloween and November!