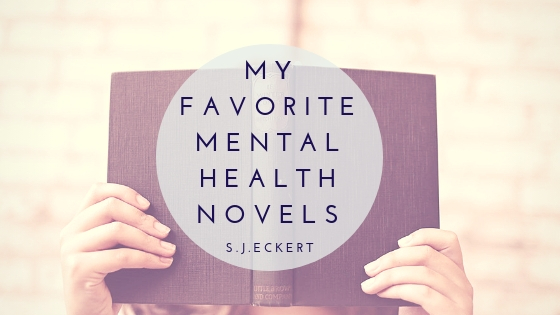 Next week, I will be discussing my least favorite tropes dealing with mental health and mental illness. But before that, I wanted to take a week to share some of the books I like on the topic! All of these are fiction, and many of them are also young adult. Also please keep in mind that though I enjoyed them, I’m not saying they’re perfect, and I’m not saying they’re always amazing reads. What I am saying is that they touched me in good ways, and they said something important in regards to mental health.

Okay. So, this is by no means Laurie Halse Anderson’s most famous book. But I think it is one of her best. This is a book dealing with eating disorders, grief, and, I would argue, the recovery process. In the story, the main character, Lia, struggles with an eating disorder that also claims the life of her friend. There is a struggle throughout the book where she feels as if her friend is haunting her, and it influences her own disorder, which progresses as the book moves along.

What I really like about this book comes close to the end: the ideas around therapy and recovery that are realistic and truthful, that the process is long and hard but worth it. This concept is rarely conveyed so realistically in fiction, and it was refreshing and encouraging.

The Impossible Knife of Memory by Laurie Halse Anderson

This was one of Anderson’s more recent books, and it’s about a girl who lives with her father… a former soldier suffering from PTSD. Unlike a lot of YA stories dealing with mental health, the protagonist isn’t the one with the most prominent problem, but rather she is the family who needs to care for the mentally ill family member while still handling her own life and coping with the problems it all creates.

I loved this book because it addresses the needs and experiences of family members, and it is an intense and real look at PTSD. Honestly, I feel this is something that Anderson does best: a real, unromanticized, truthful look at mental illness.

Something Real by Heather Demetrios

This is a different one. In this book, the protagonist was part of a reality TV show with their family for years, until it ended. And being a part of that left her with severe anxiety about things as simple as having her picture taken. And then the show gets picked up to come back.

So, the reason I like this is because it takes a critical look at reality TV, particularly the shows that involve kids under 18, how it affects the people involved, how fame changes people, and how all of that can affect the person’s mental health. As a society, we can be critical of TV stars and celebrities when they crash and burn, but we often fail to humanize it in the way this book does.

The Memory of Light by Francisco X. Stork

Not only does this book have one of my favorite covers, but it takes a look at something most mental health-related novels skip: recovery. The story begins just after the protagonist attempts to take her own life and then details her journey through those feelings and toward a more hopeful, fulfilling future.

And that is what I loved about this story. It didn’t stop at the realization that something was wrong, it didn’t stop where things hit their lowest. It started there and allowed the protagonist, and the reader, to follow a recovery process that wasn’t perfect and wasn’t a straight path but ultimately ended in a better place.

There are a lot more books out there dealing with mental health that I didn’t mention. I read some of them, and enjoyed many of them, but by no means all. There were also books I didn’t like, often because of their attempt at portraying mental health. But in this post, I’ve only included some books that more directly deal with mental illness that I did like, though some of my other favorite books, like Fangirl and Eliza and her Monsters also have elements of mental illness.

You may not agree with my feelings on these books, if you’ve read them, but that’s the great thing about books: they are many things to many people. Books are what the reader makes them. Everyone brings their own experience to the pages, and the times in my life when I read them gave me these impressions. I’m sure if I read them again, I would see something different. That happened with Bird Box when I watched the movie; I saw something I didn’t like that I hadn’t picked up, or remembered, about the book.

So whether you agree or not, these are some of my favorite books that deal with mental illness. You don’t need to argue with me, but I’d love to hear what books you’ve really enjoyed on the subject, what books spoke to you and connected with you. Tell me in the comments!